Hotel refurbishment in the south of Tenerife

The Hotel Parque La Paz, located in the south of the island, proposed an in-depth remodeling. Accessibility problems, rooms that had not been renovated since its inauguration in 1987, as well as common and administrative areas with inherited deficiencies, required a necessary update.

The importance of the access, both in its claiming role and from a sensory point of view as well, inspired the new organization. Thus, two rooms on the ground floor were eliminated to connect the reception with the exteriors and the entrance was proposed under a textile canopy, which reaches the street to receive guests: the ritual of arrival occurs through a soft ramp under a gratifying shade, the reception crowned by the rope-crafted pergola filters the light and lets the air pass through.

In the background, a vegetal urn -a background of volcanic rock and monstera deliciosa- forces you to turn favoring different perceptions and suggesting, with a holiday break, the option of accessing the reception, the new lobby-bar or resting placidly under the shelter of the generated microclimate in the new lounge area. Inside, a spacious and bright space is dressed in a ceramic skin, combined with the Carrara marble counter, with an adapted design, under a felt ceiling whose arrangement, between intersecting rays of light, alludes to the local fragmentated landscape. 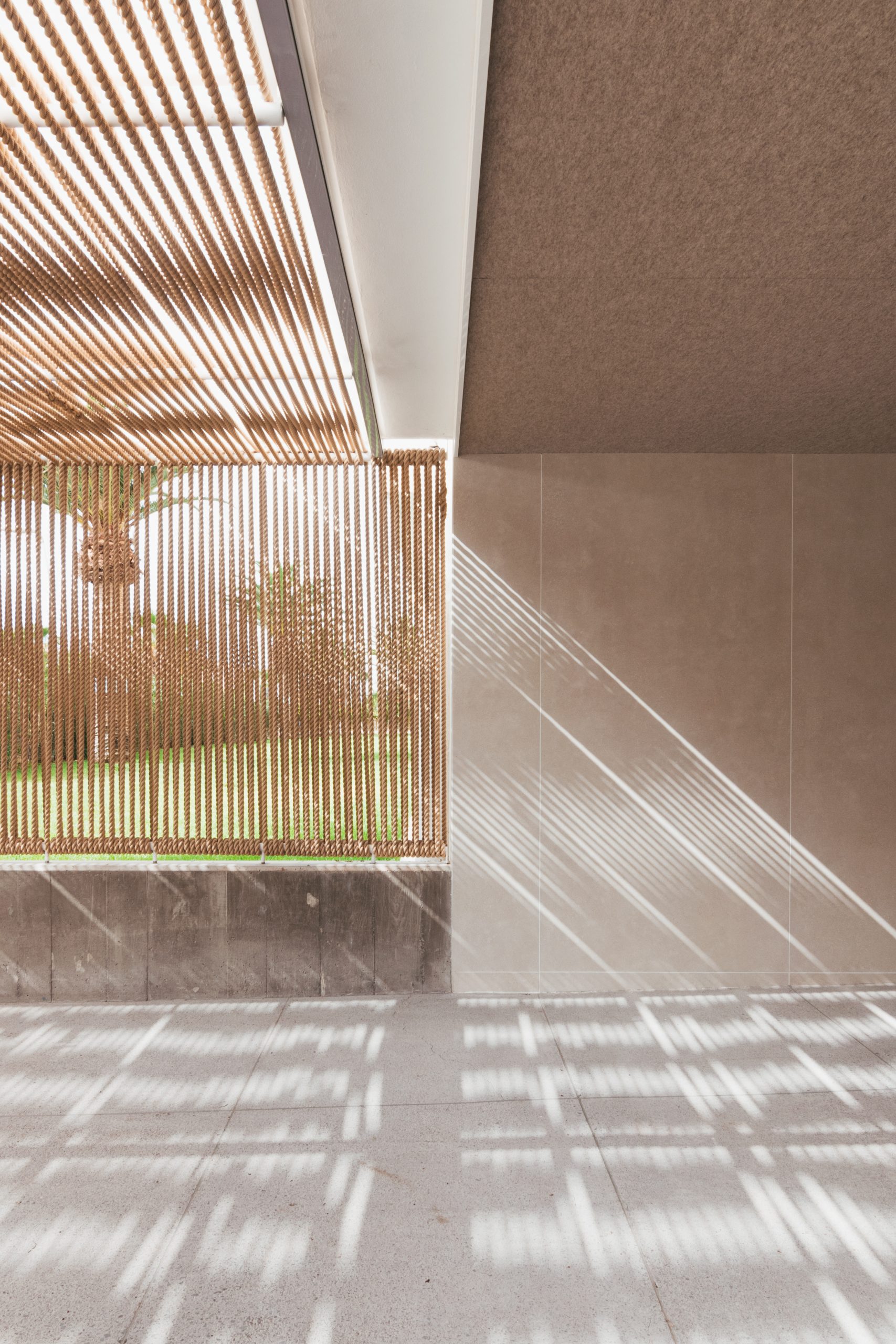 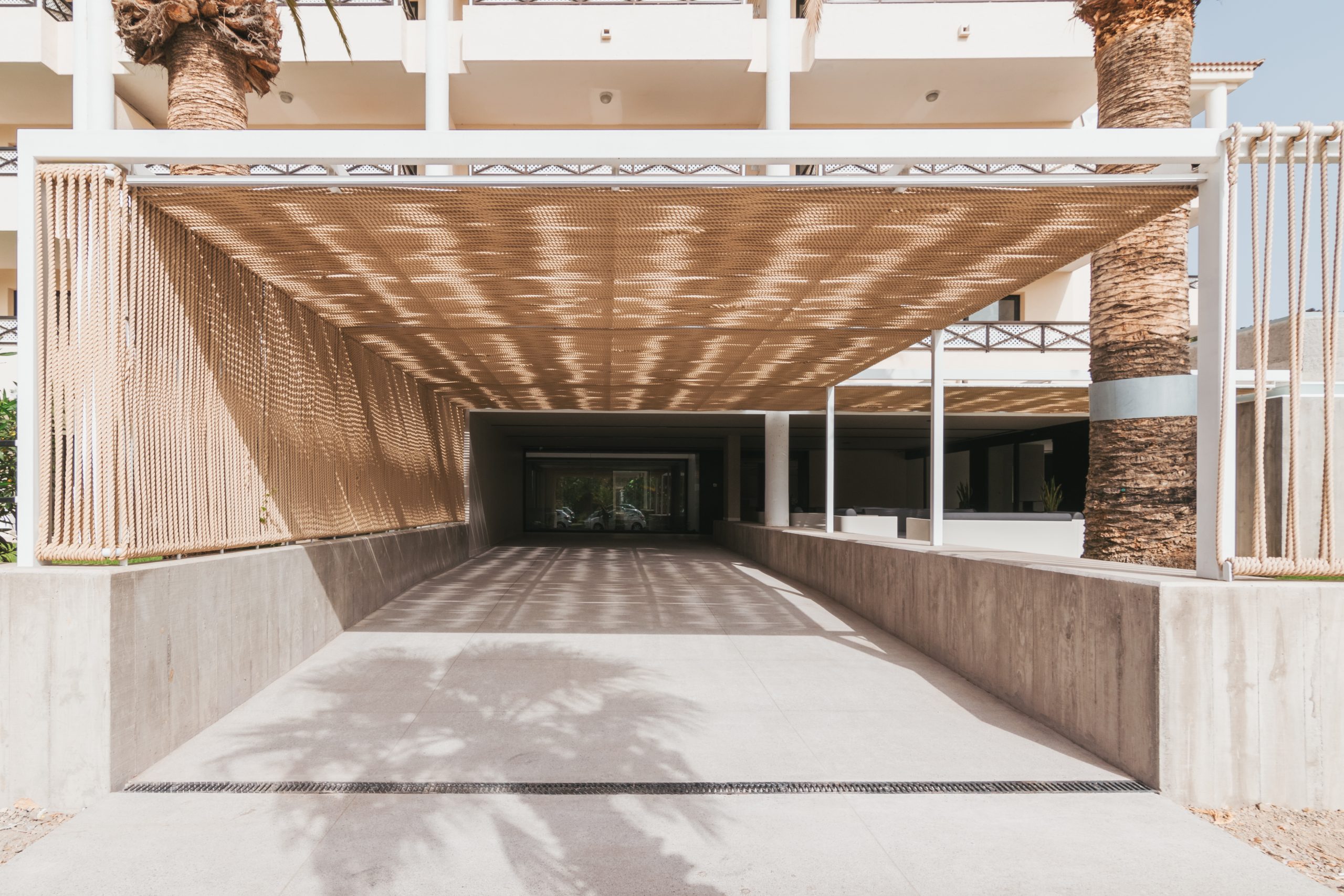 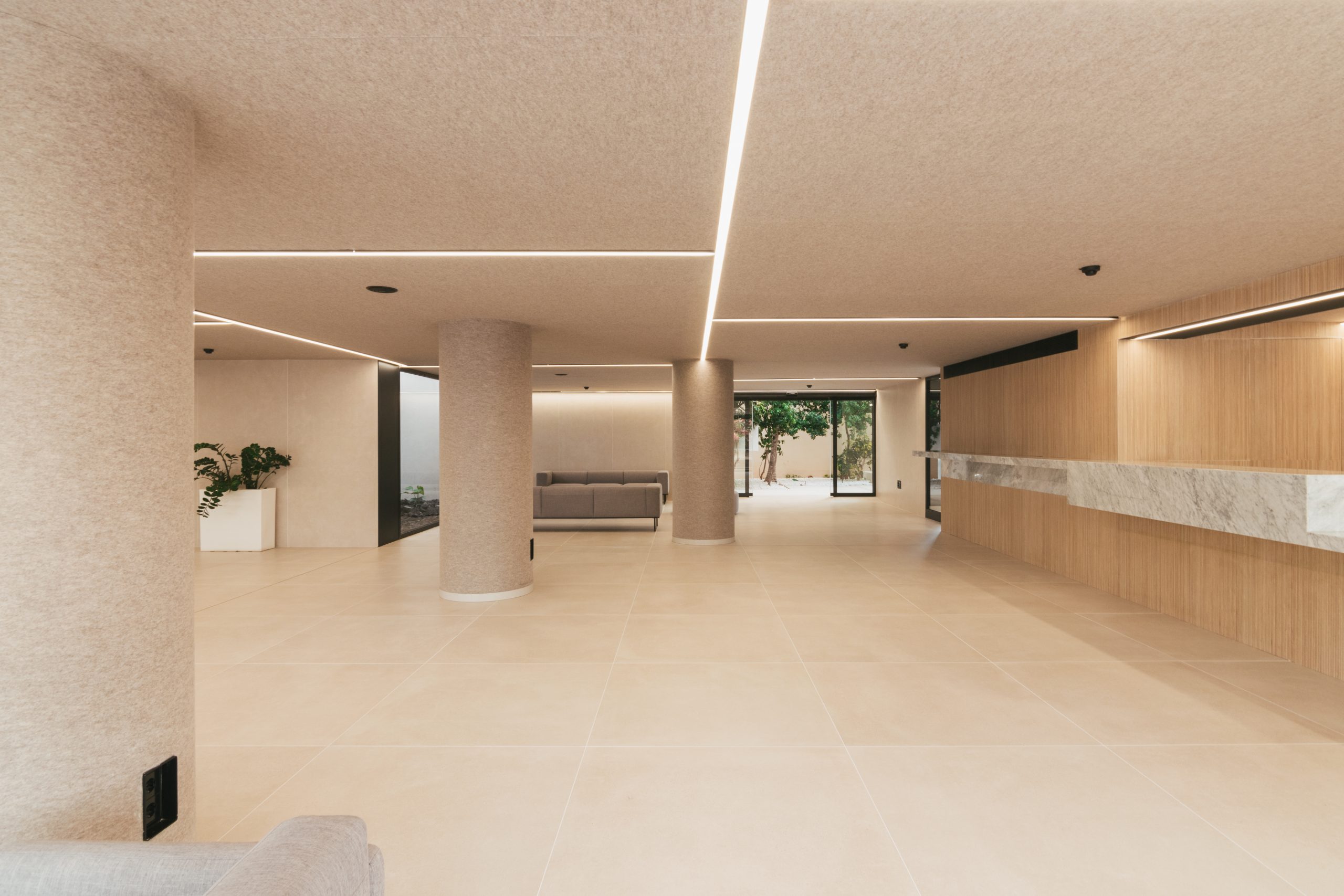 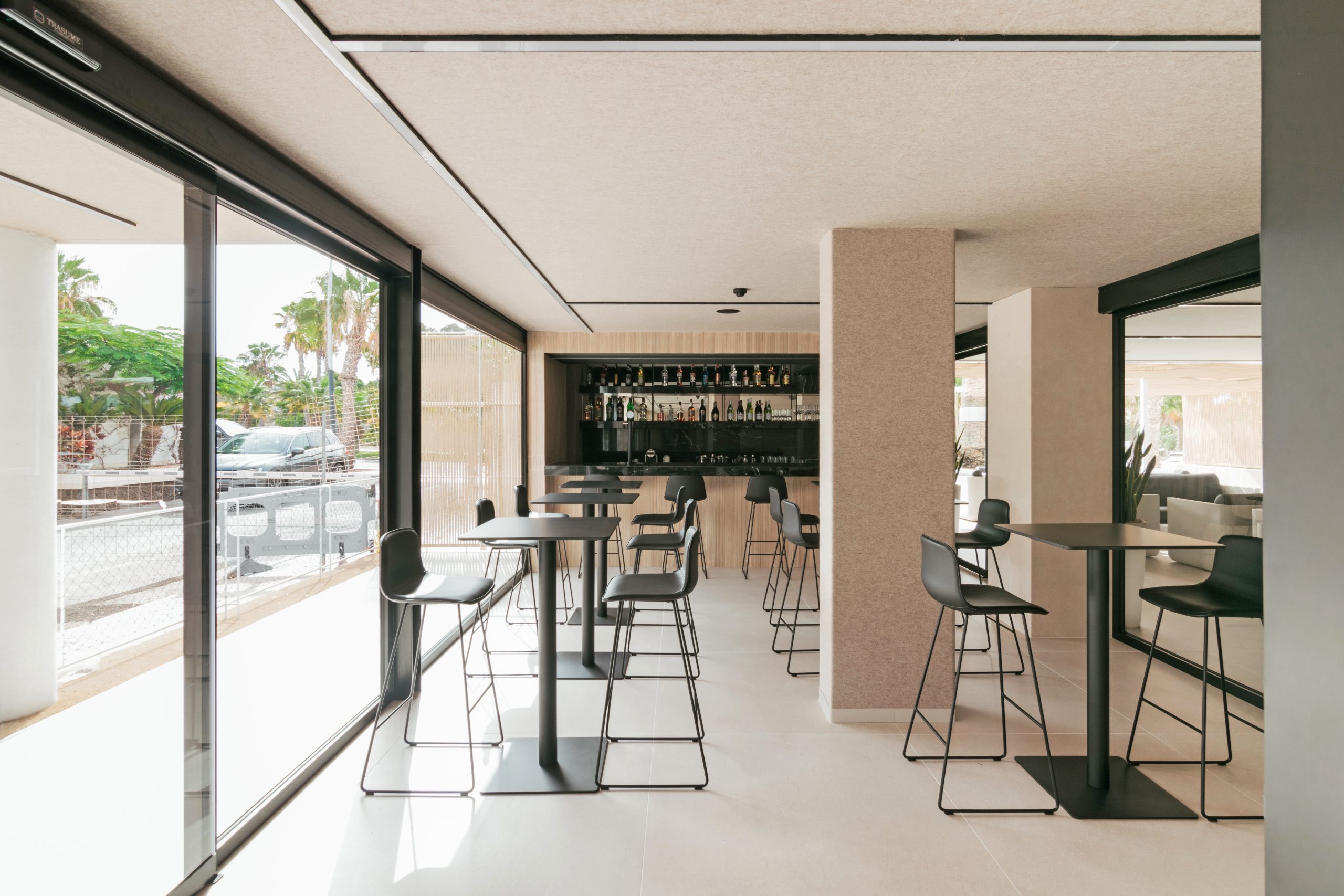 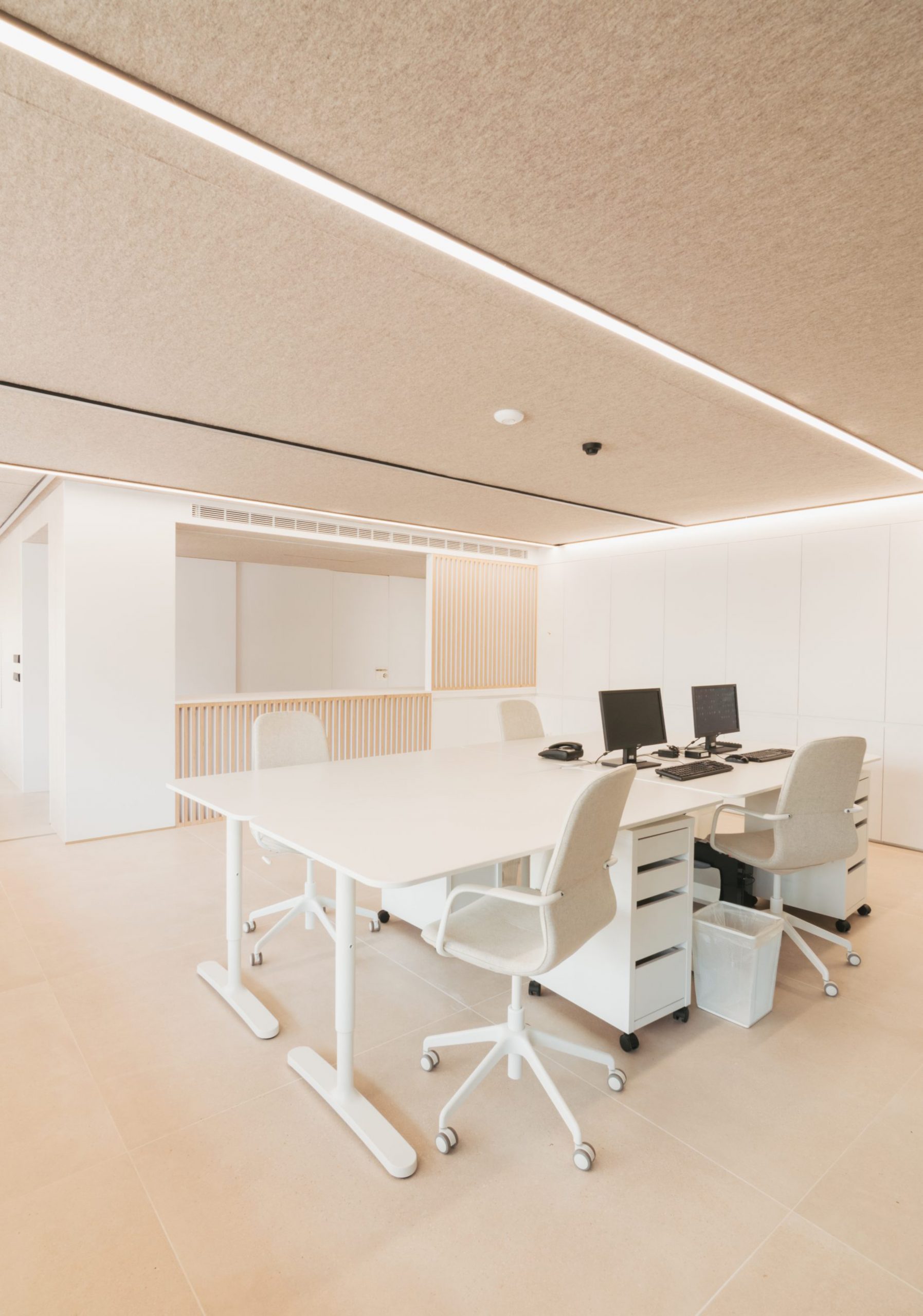 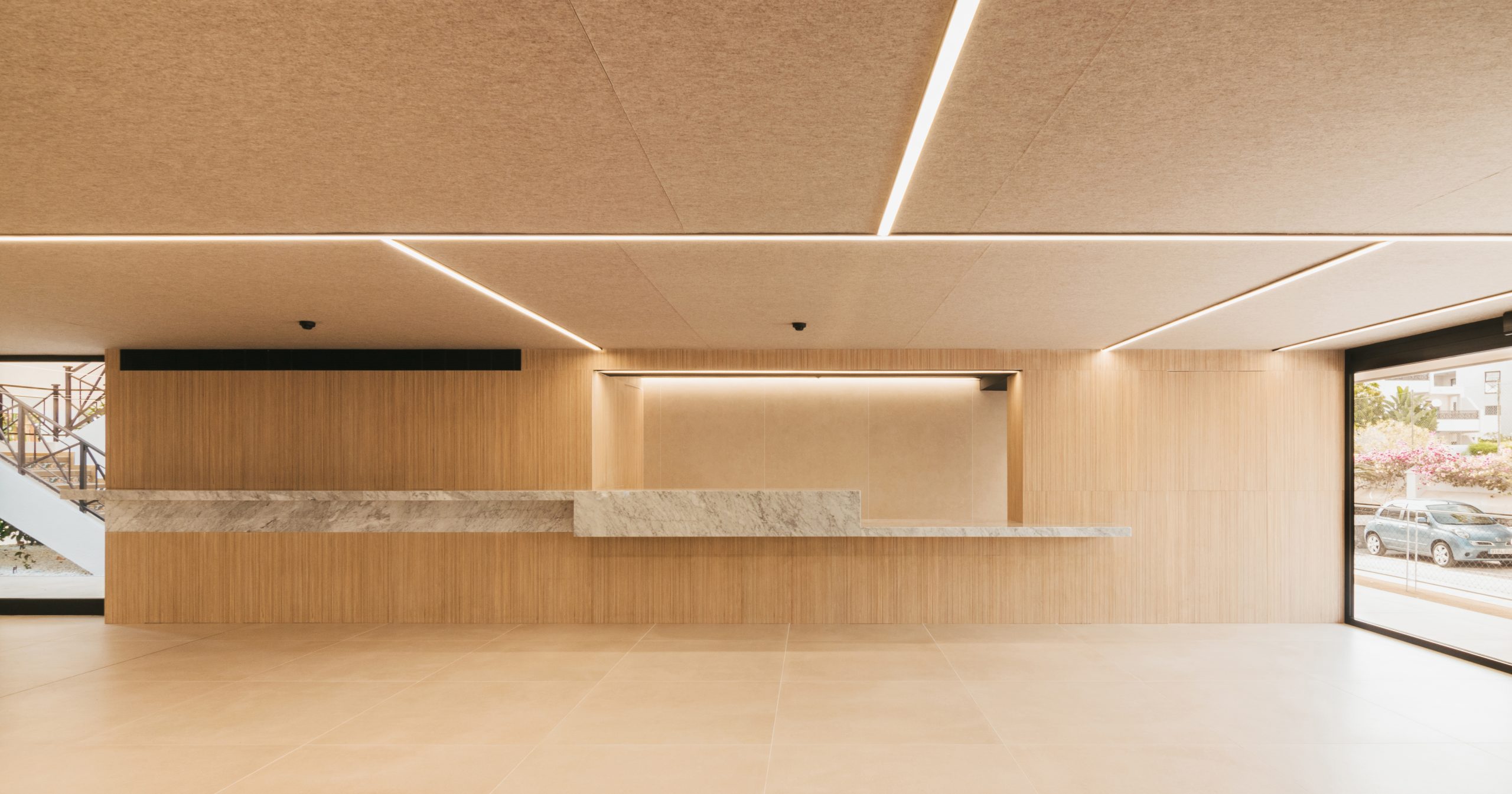 The pool environment starts from nearby premises. The common element, the braiding of ropes, is a large canopy of handmade fabric that shelters and orders the different uses: the pool-bar, which takes the light tones of the local landscape and is lined with ceramic pieces like shiny scales that you want to touch; the geometry of the wide concrete benches, marking the paths and organizing the different areas, segregates direct accesses from the solarium and swimming pool area. The area between gardens, is resolved with a single highly versatile porcelain material, capable of adapting to the requirements of the entire intervention‐; and the lateral body, a braided wagon chained under the canopy, protected from the sun and crossed by the breeze filtered through its corded walls, is like a basket that houses the proposed uses, a small stage, the DJ booth, a space for massages , etc. 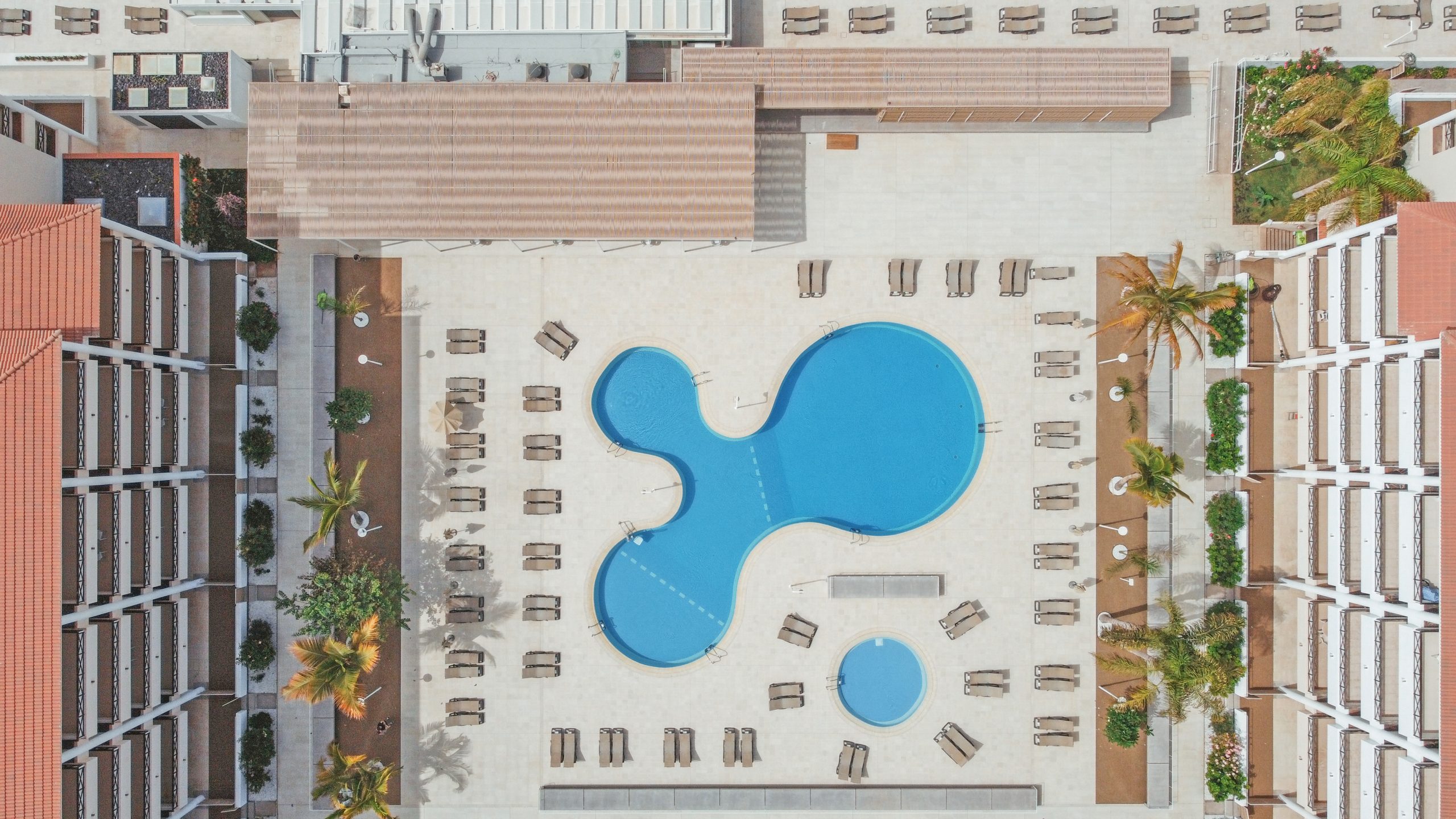 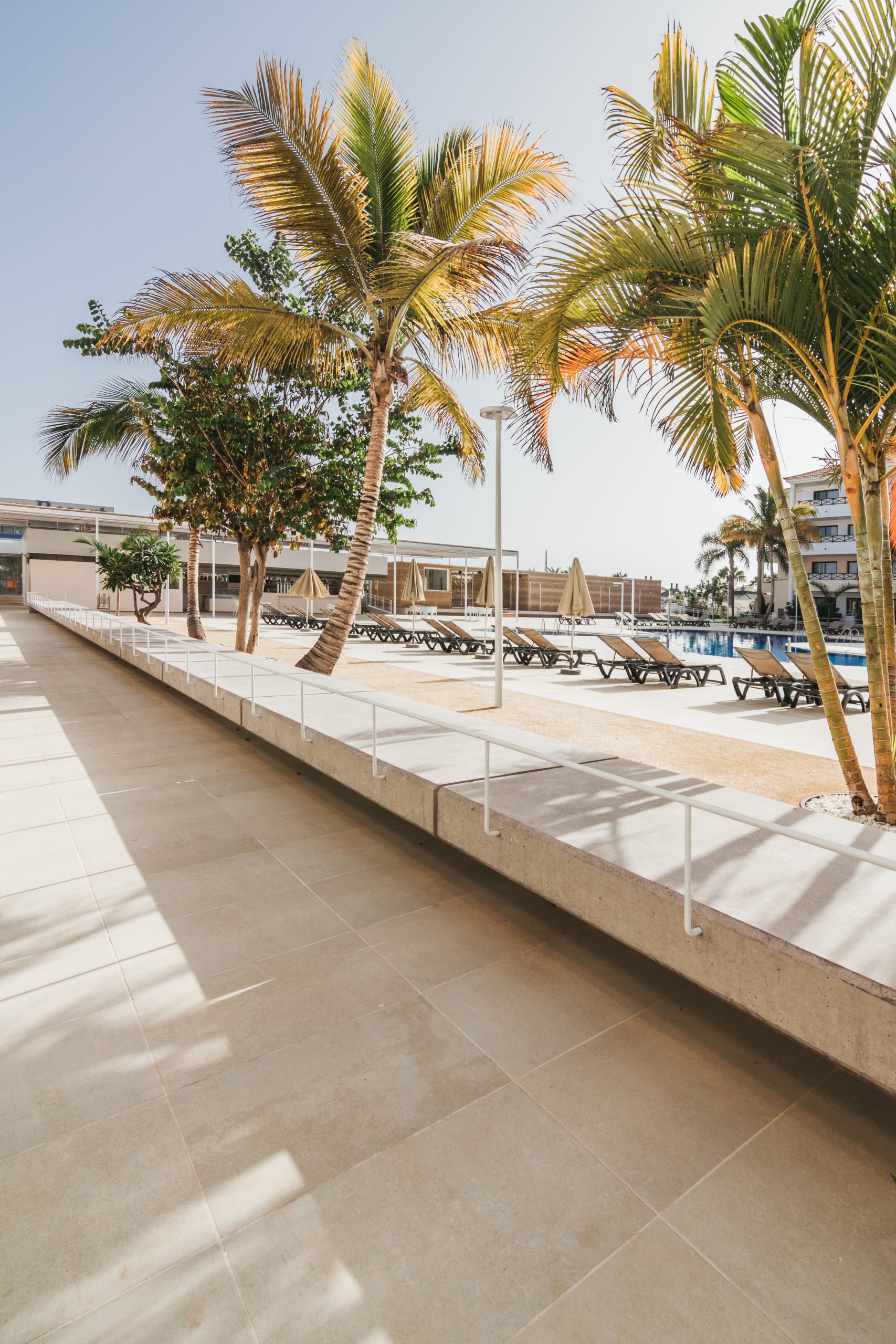 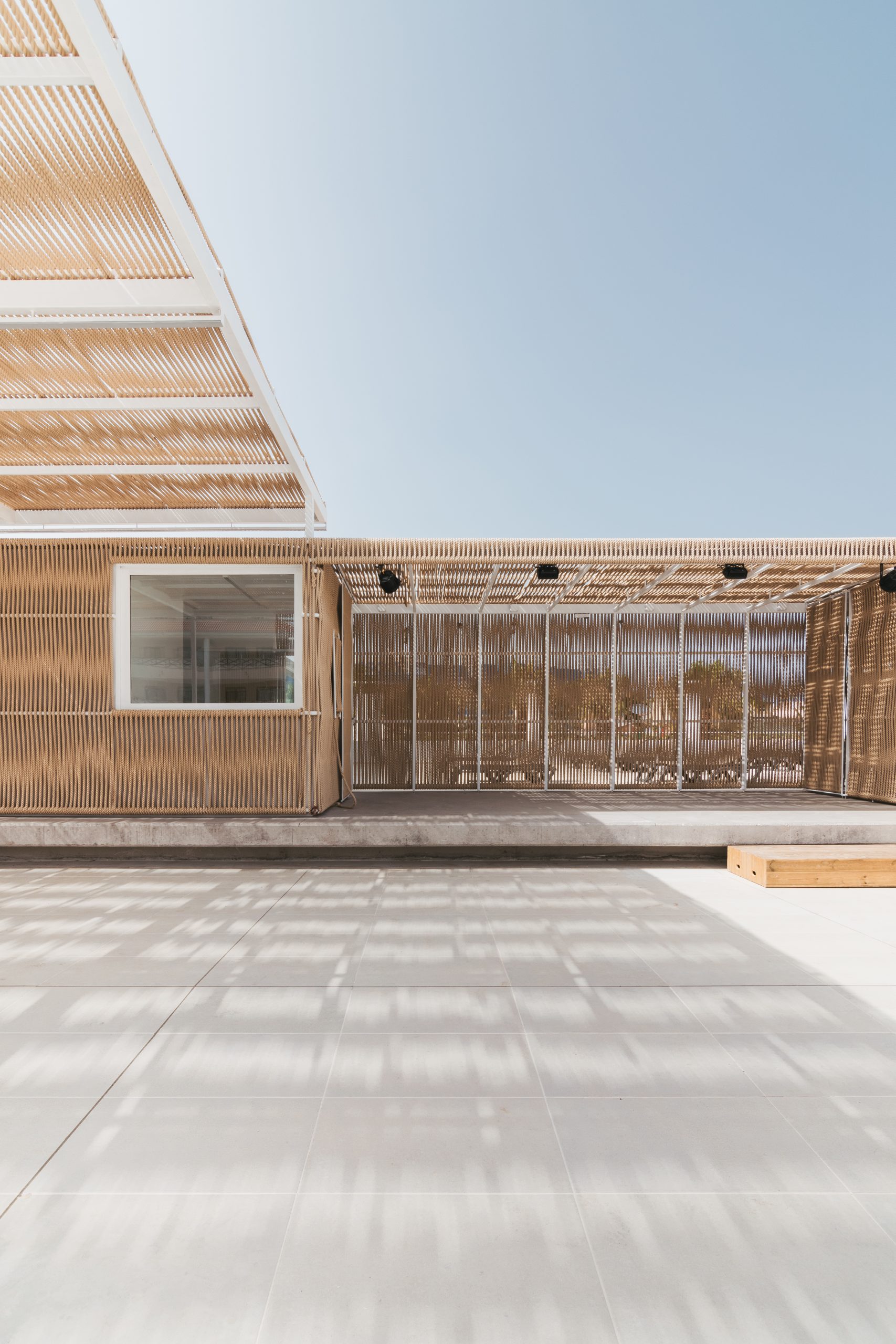 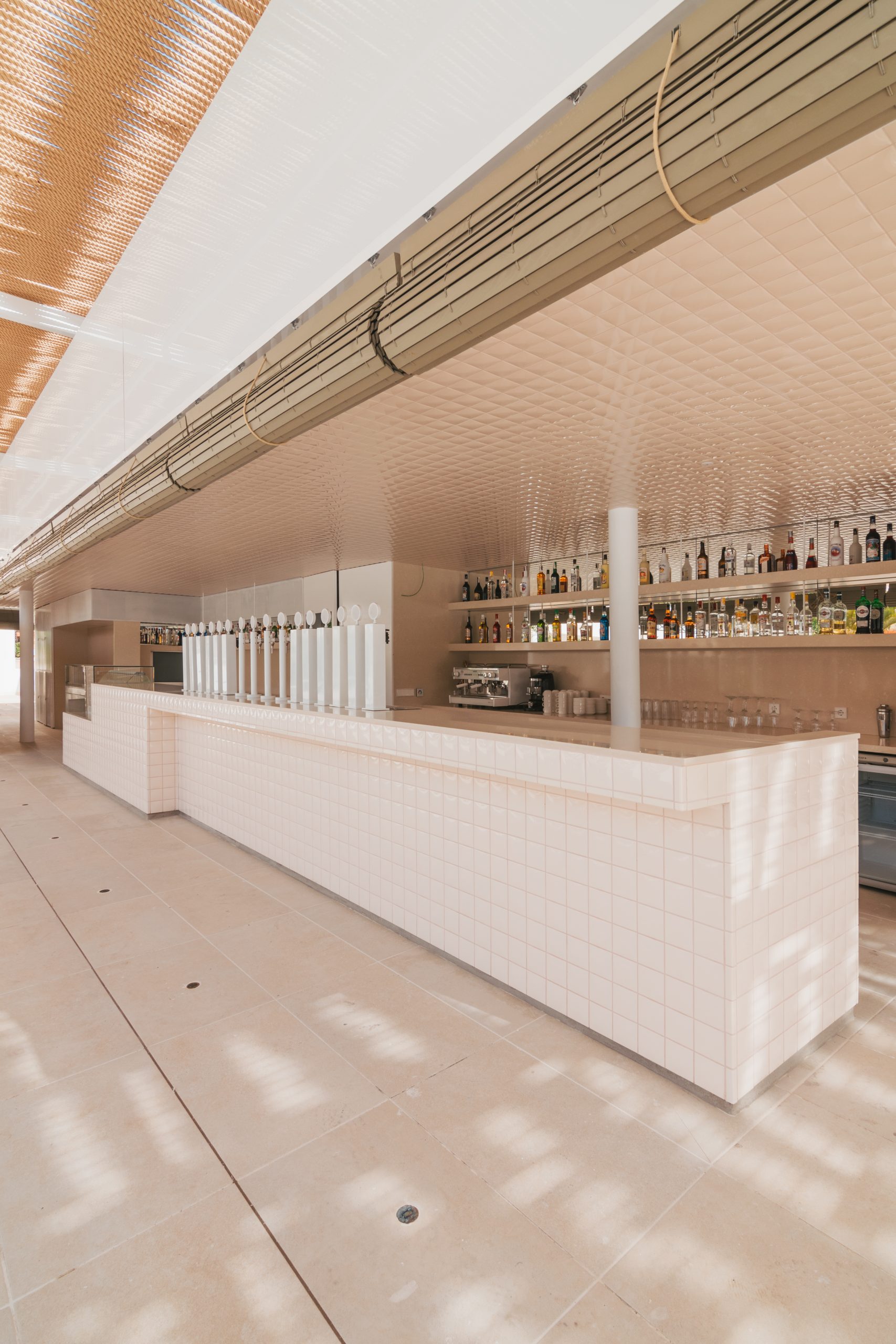 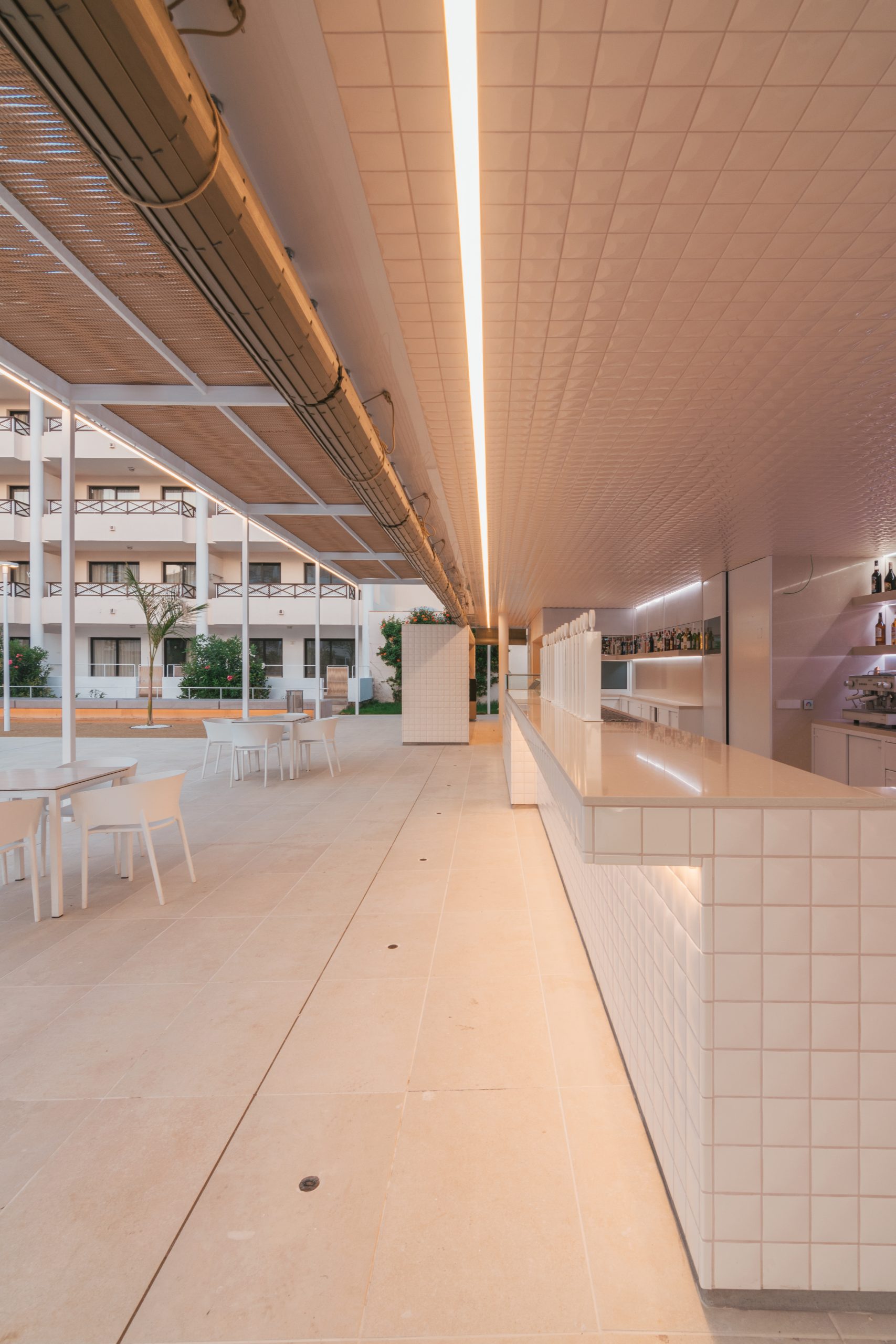 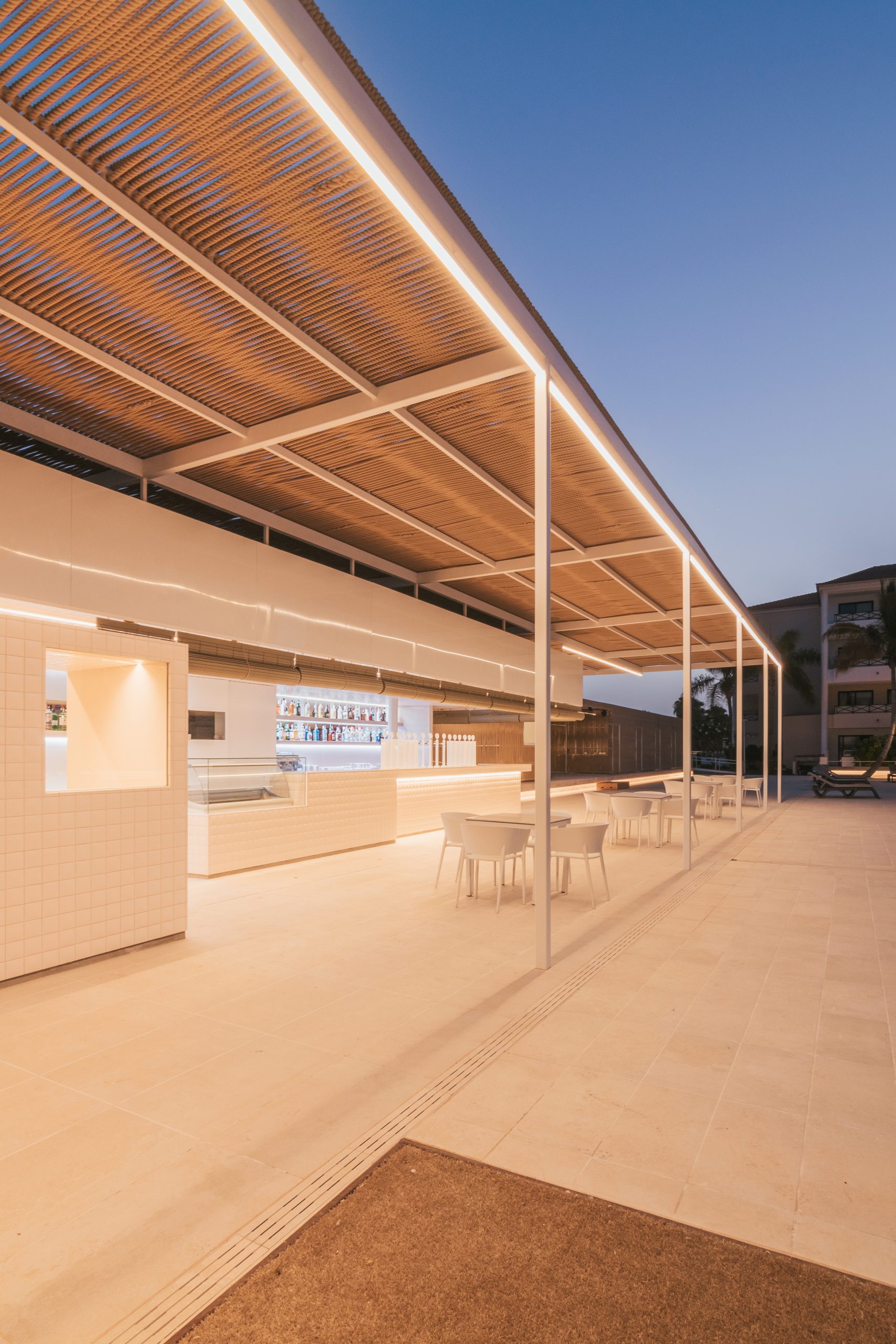 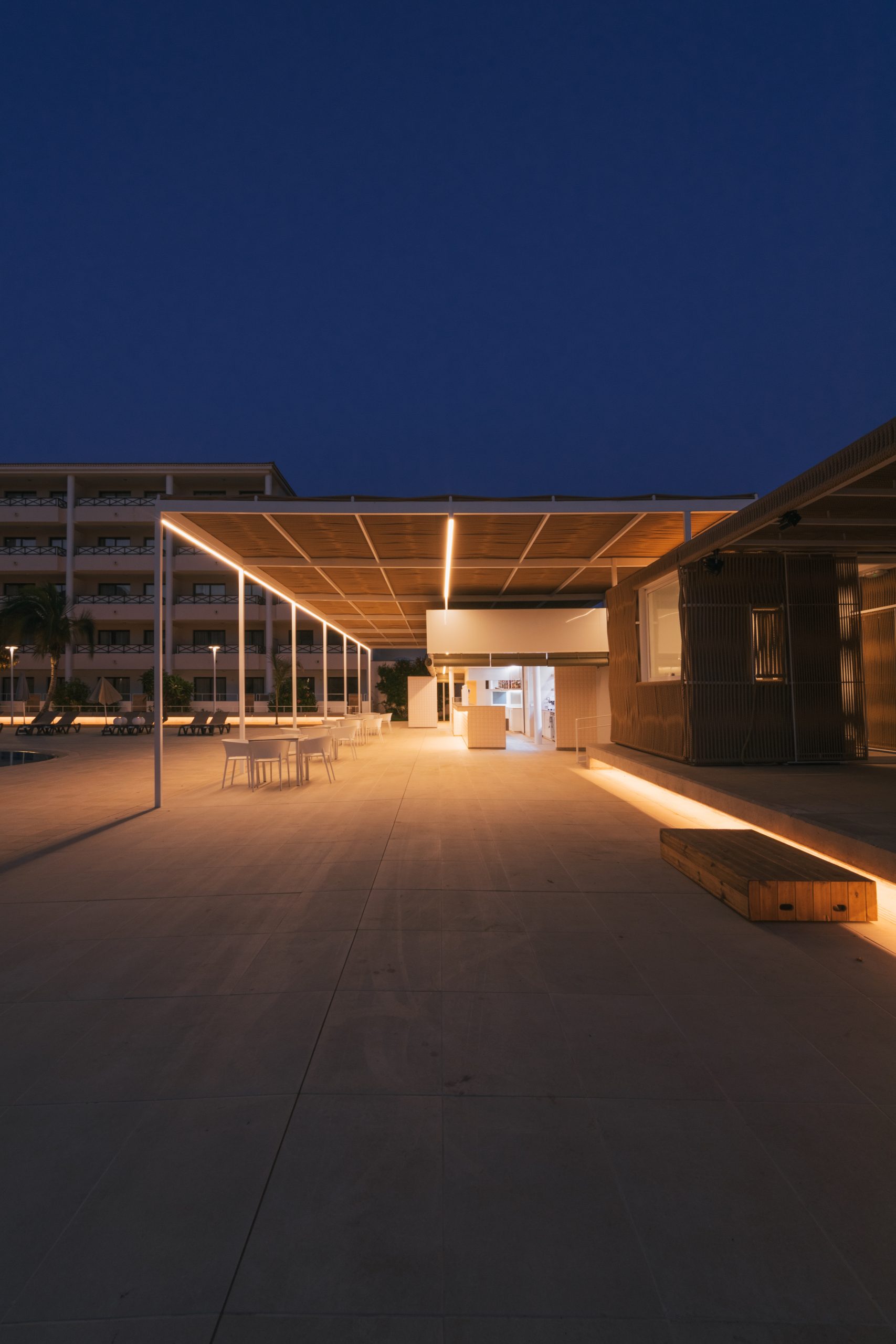 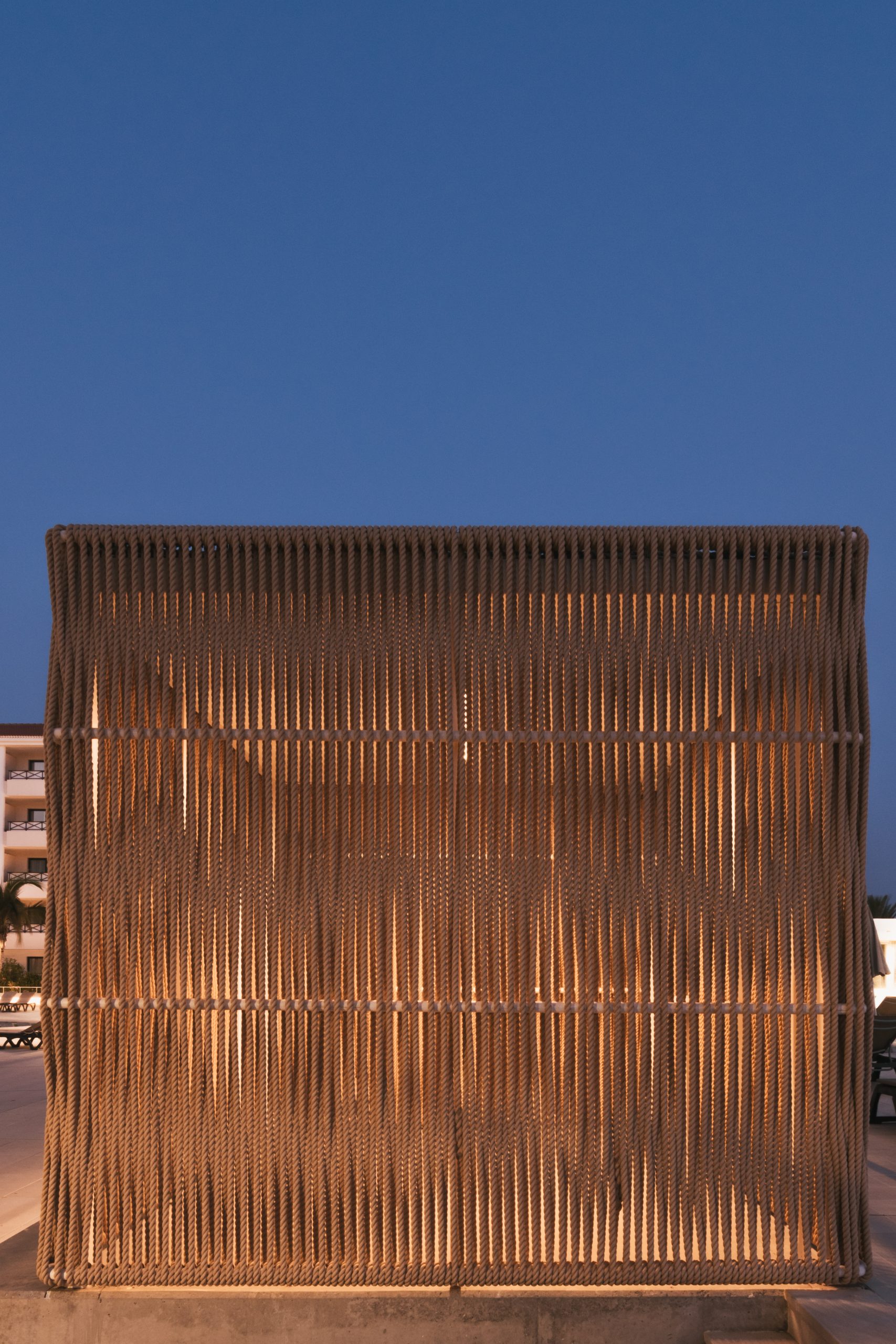 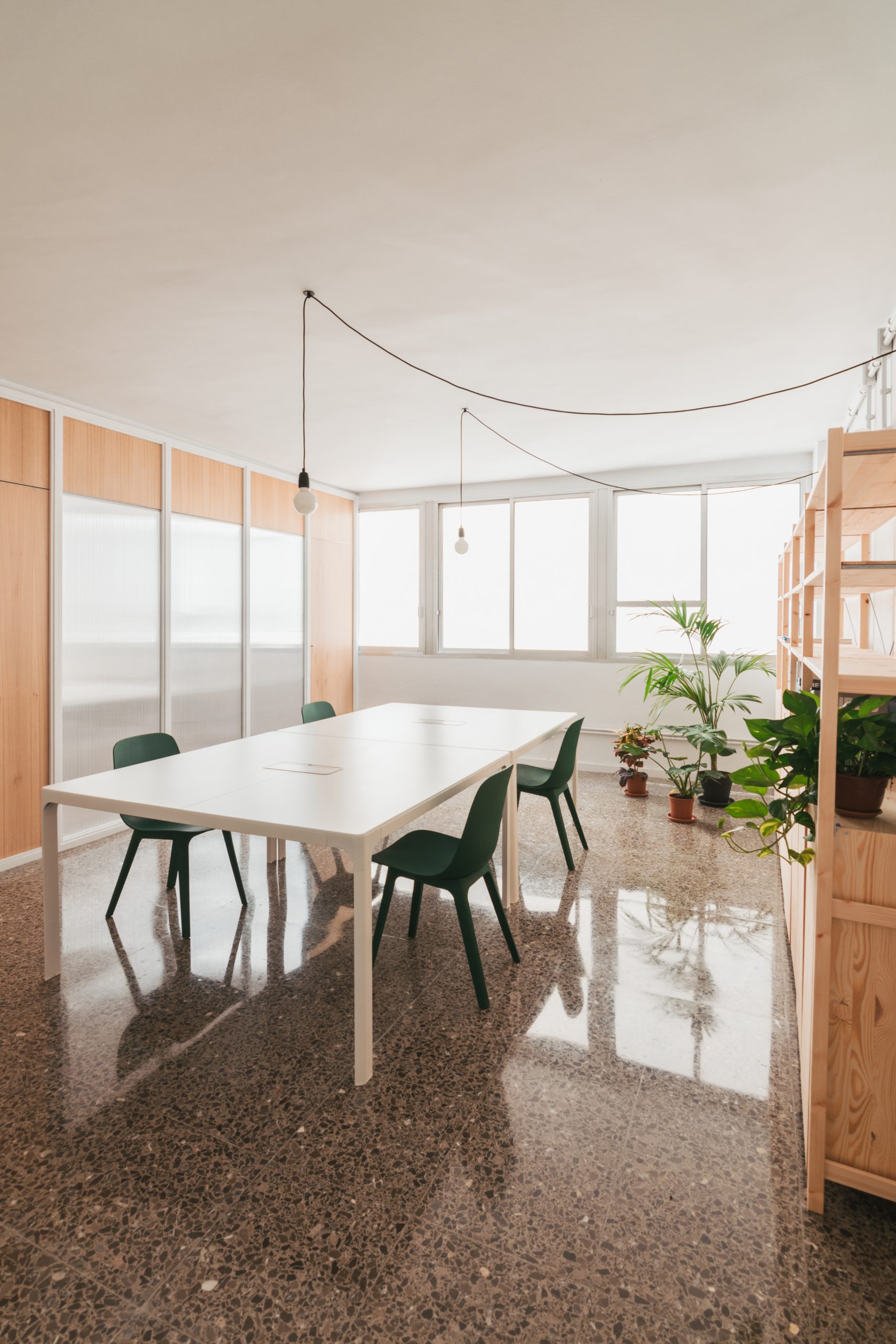 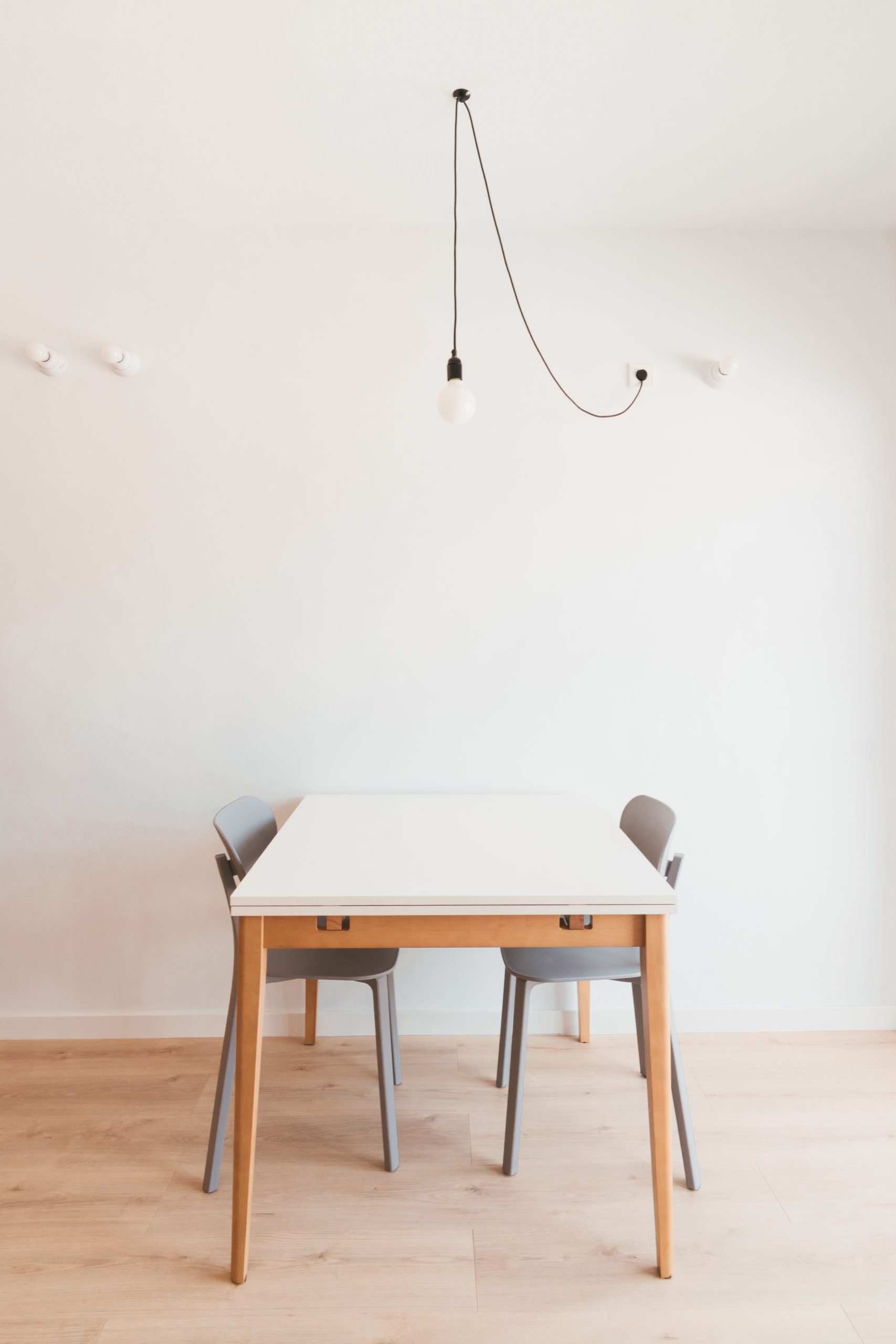 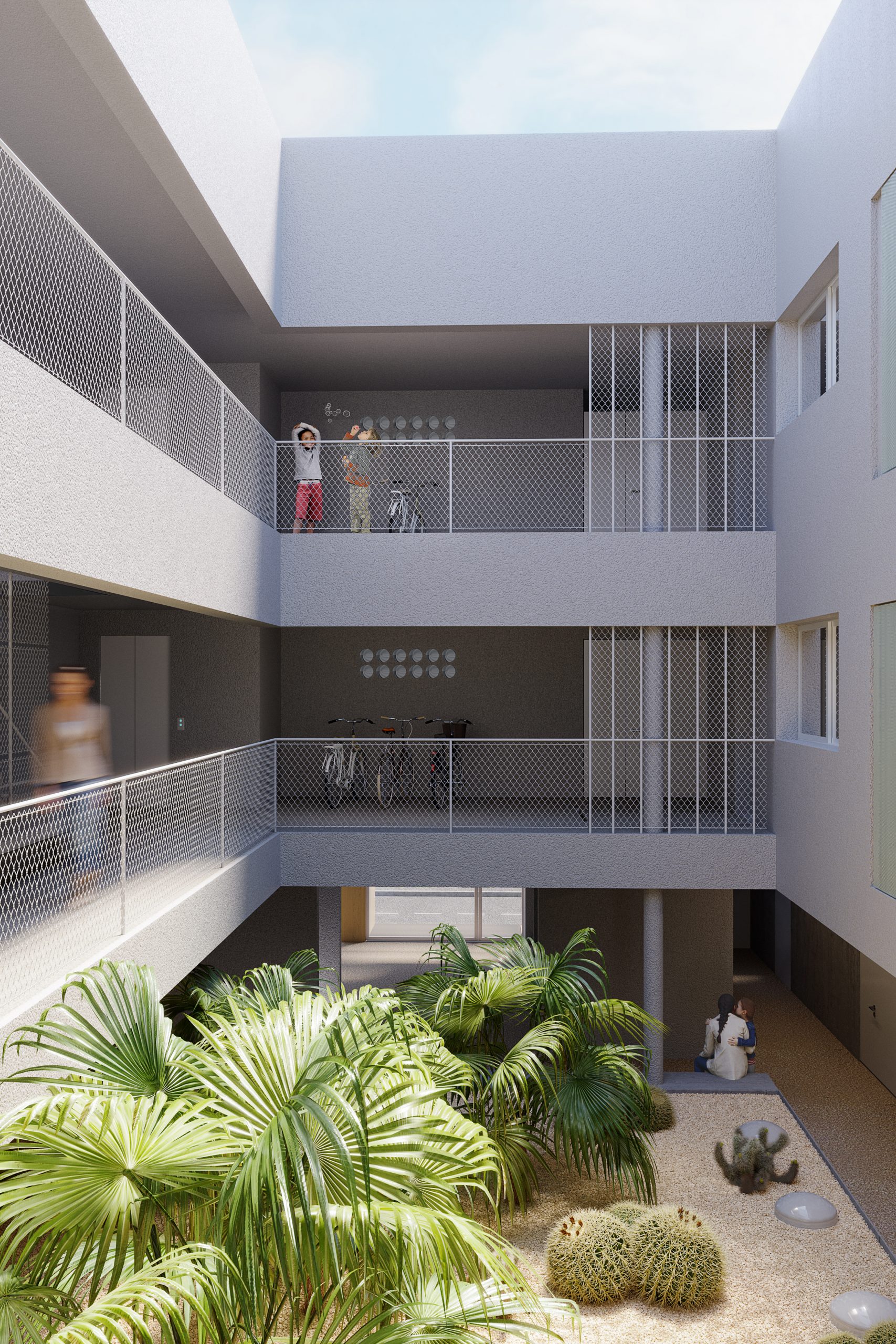 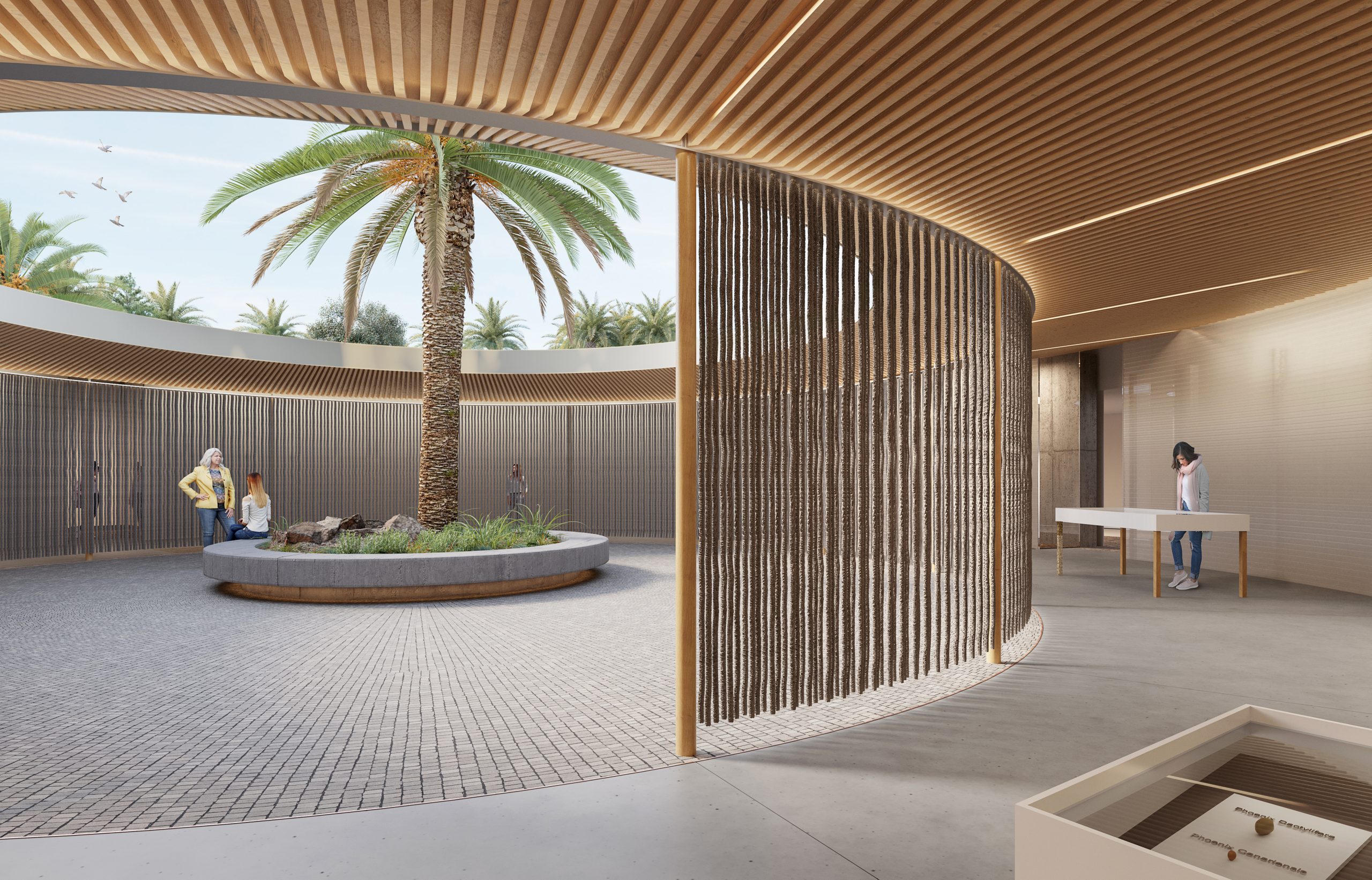 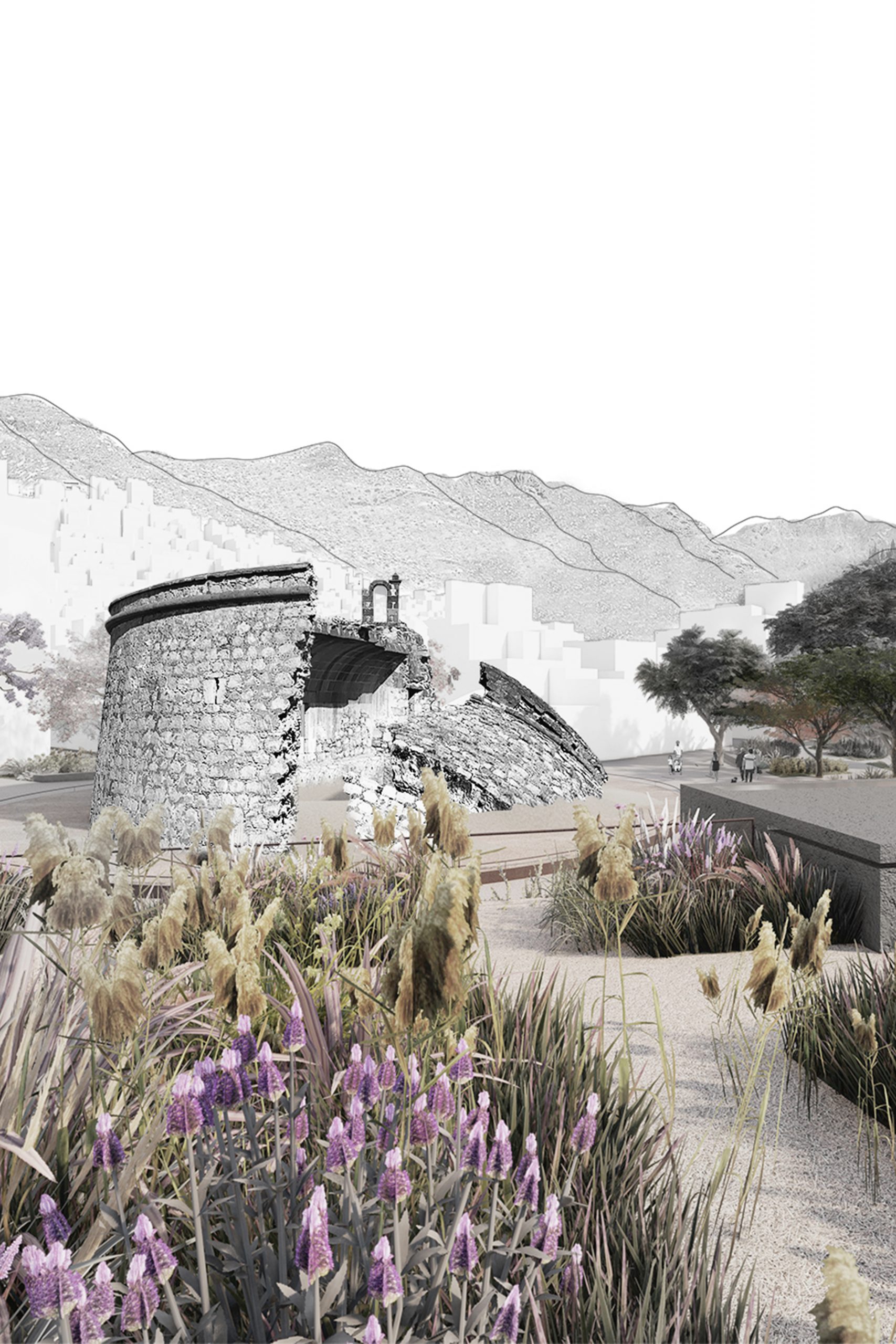